A celebration of dogs

Crufts is an international dog show organised and hosted by the Kennel Club, it is the largest show of its kind in the world. Attracting over 20,000 competitors alongside hundreds of thousands of visitors each year – it is spectated by thousands as well as broadcast to an international television audience. 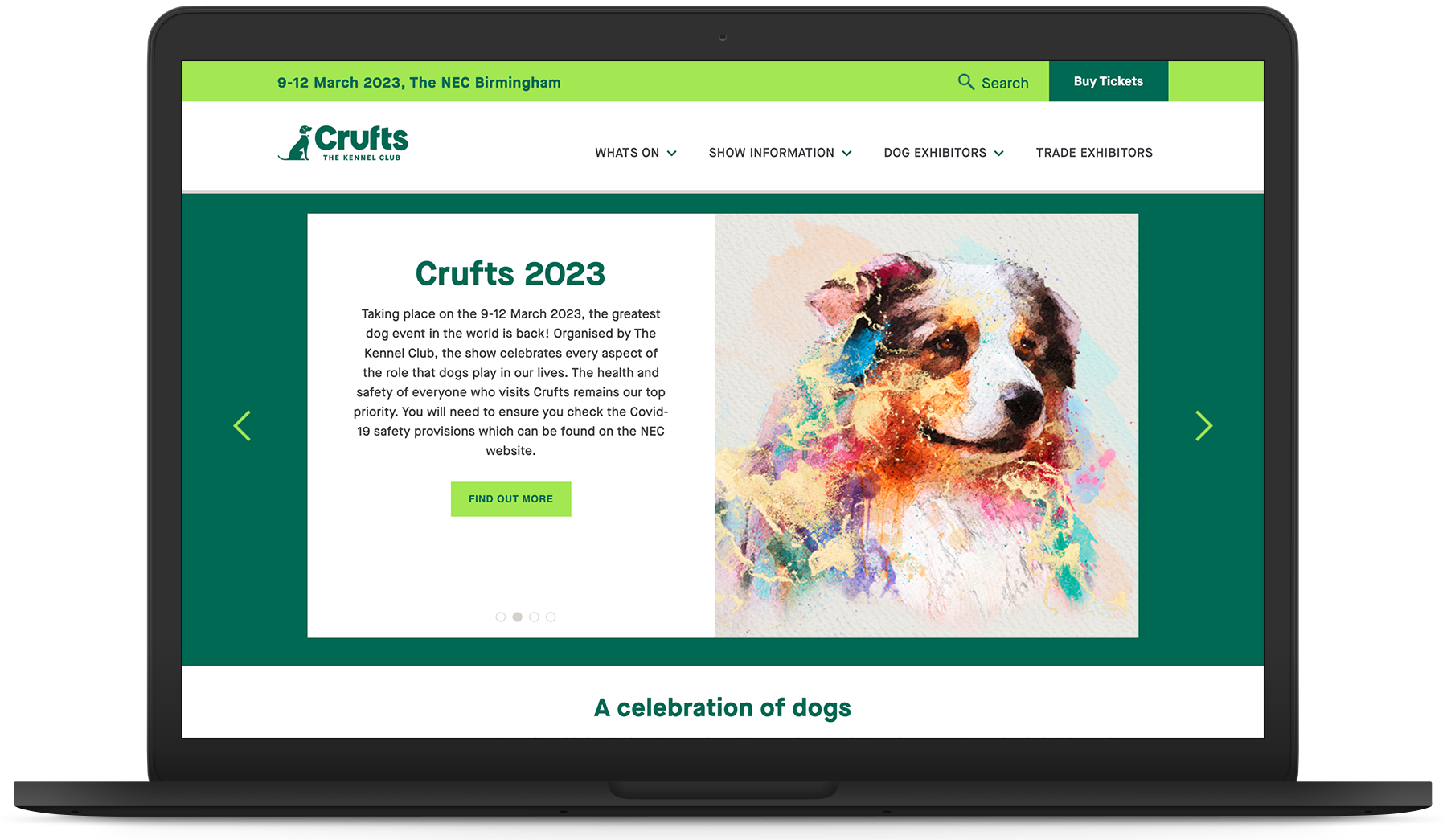 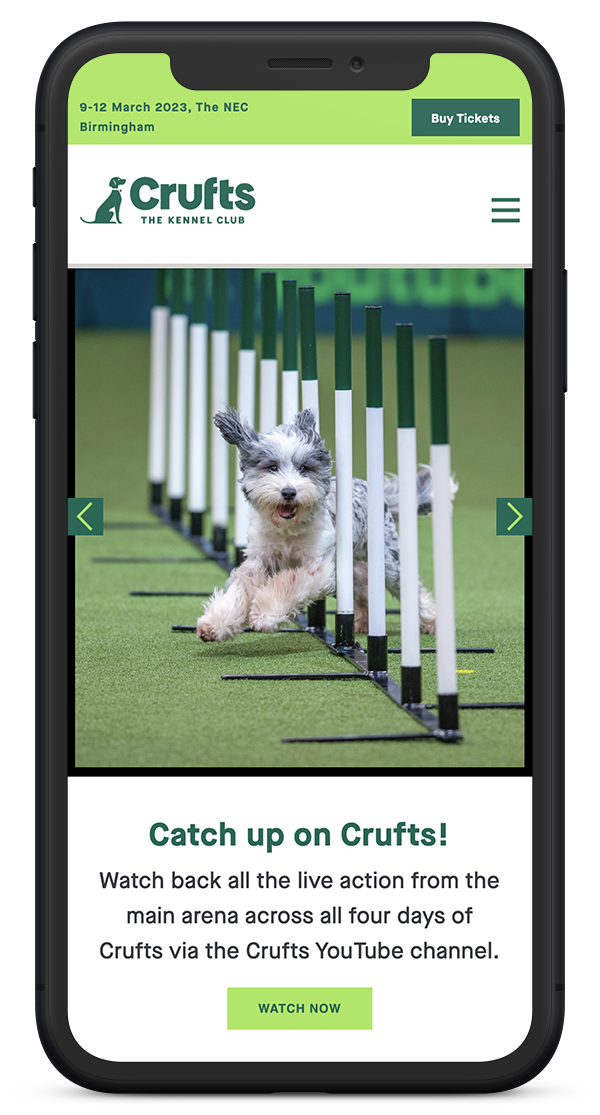 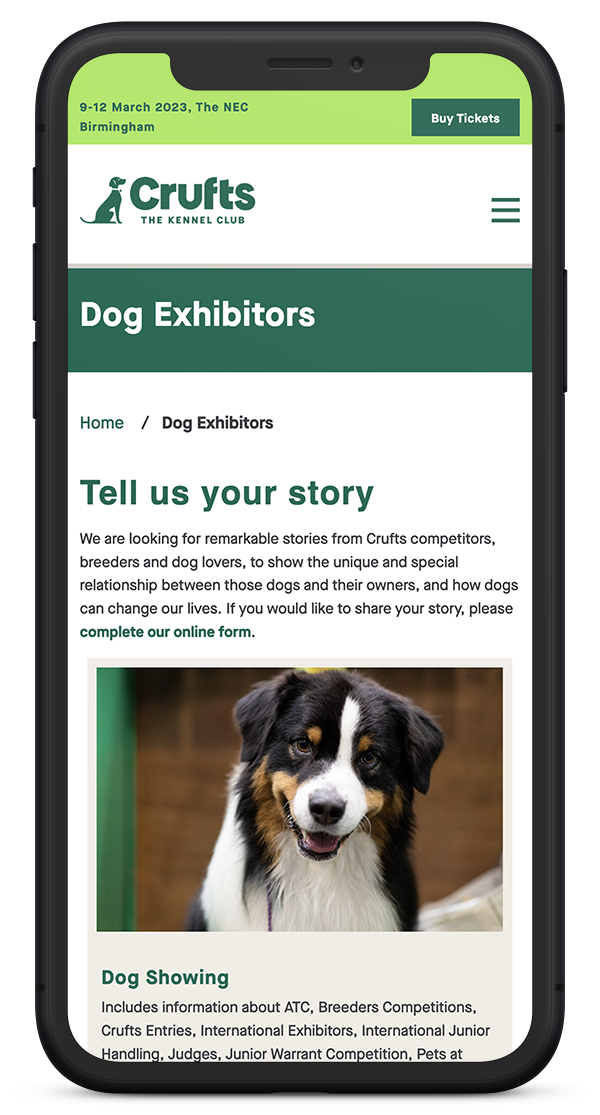 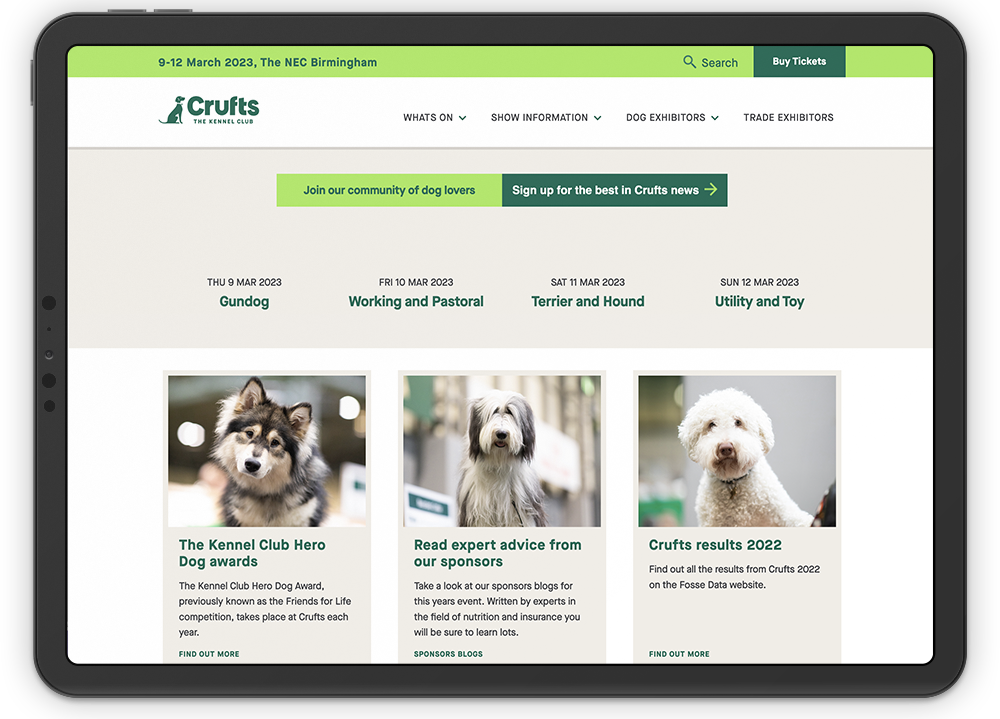 Design and build of an Umbraco CMS website, with addition of a media repository portal. 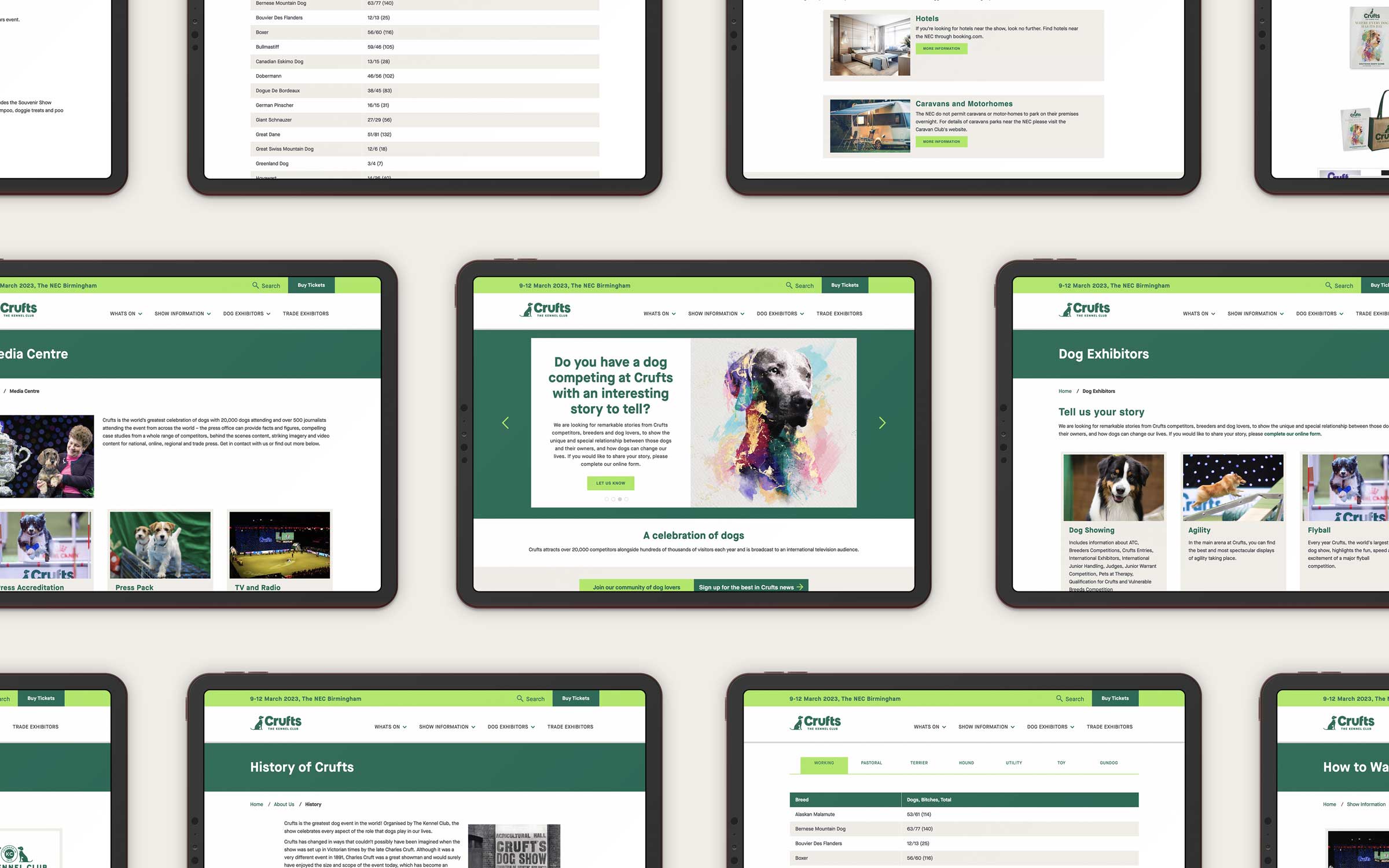 We have worked with 3mil on two websites now and both and run incredibly smoothly. They spend a lot of time understanding our processes and how we can streamline them to make them more efficient for the user. Both websites have achieved fantastic results and we receive a lot of positives comments around usability and design from our customers.

We’d love to hear from you. Please send us a message and we will get straight back to you!

Drop us a line

Close Menu
We use cookies on our website to give you the best experience on our website. If you continue to use this site we will assume you’re happy. Read More
Accept AllReject All
Manage consent

This website uses cookies to improve your experience while you navigate through the website. Out of these, the cookies that are categorized as necessary are stored on your browser as they are essential for the working of basic functionalities of the website. We also use third-party cookies that help us analyze and understand how you use this website. These cookies will be stored in your browser only with your consent. You also have the option to opt-out of these cookies. But opting out of some of these cookies may affect your browsing experience.
Necessary Always Enabled
Necessary cookies are absolutely essential for the website to function properly. These cookies ensure basic functionalities and security features of the website, anonymously.
Functional
Functional cookies help to perform certain functionalities like sharing the content of the website on social media platforms, collect feedbacks, and other third-party features.
Performance
Performance cookies are used to understand and analyze the key performance indexes of the website which helps in delivering a better user experience for the visitors.
Analytics
Analytical cookies are used to understand how visitors interact with the website. These cookies help provide information on metrics the number of visitors, bounce rate, traffic source, etc.
Advertisement
Advertisement cookies are used to provide visitors with relevant ads and marketing campaigns. These cookies track visitors across websites and collect information to provide customized ads.
Others
Other uncategorized cookies are those that are being analyzed and have not been classified into a category as yet.
SAVE & ACCEPT